There are two kinds of Galbanum in commerce, viz. Levant Galbanurn and the Persian Galbanum. The latter is softer than the Levant, has a more terebinthic odour, has the smell and consistency of Venice turpentine which contains fruit and fragments of stalks in place of bits of sliced roots. Several species of Ferula are used as a source for commercial Galbanum, but the official plant is Ferula galbaniflua, a perennial, with smooth stem, and shining leaflets, ovate, wedge-shaped, acute and finely serrated on the edges.

The whole plant abounds with a milky juice, which oozes from the joints of old plants, and exudes and hardens from the base of the stem after it has been cut down, then is finally obtained by incisions made in the root. The juice from the root soon hardens and forms the tears of the Galbanum of Commerce. The taste is unpleasant, bitterish, acrid, with a strong, peculiar, somewhat aromatic smell. The common kind is an agglutinated mass, showing reddish and white tears, this is of the consistency of firm wax, and can easily be torn to pieces and softened by heat; when cold it is brittle, and mixed with seeds and leaves, when imported in lumps it is often considered preferable to the tears as it contains more volatile oil. Distilled with water it yields a quantity of essential oil, about 6 drachms, to 1 lb. of gum

The plant from which the gum-resin Galbanum is obtained, is not definitely known. The British Pharmacopoeia (1898) mentions the above-named species and refers to the probability of other species of Ferula yielding it. That the Ferula galbaniflua is believed to yield it is due to the statement of F. A. Buhse, a German resident of Persia, who relates that in 1848 (see Flückiger, 1891), he was informed that the product spontaneously exudes from the plant in question, and was told by the natives that it was the source of galbanum. It is generally met with in lumps, consisting of large, irregular masses of a brownish or dark-brownish color, and composed of agglutinated tears, some few of which, when broken, are somewhat translucent; they have a waxy density, but become soft and sticky at a temperature of 35° to 37.7° C. (95° to 100° F.), are not pulverizable unless in very cold weather, have a strong, unpleasant odor, and a hot, somewhat acrid, and amarous taste. Occasionally, galbanum is met with in the form of oval, globular, or irregular tears. On account of the impurities it contains, it should be melted and strained previous to employing it. When the color of galbanum is dark-brown or blackish, and when it contains an admixture of sand, straw, chips of wood, and other foreign matters, the article should be rejected as being inferior. The specific gravity of galbanum is 1.212. Galbanum is partially dissolved by water, vinegar, or wine, forming therewith an emulsion. 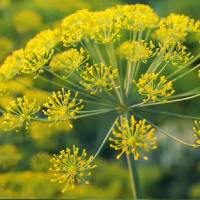 Stimulant, expectorant in chronic bronchitis. Antispasmodic and considered an intermediate between ammoniac and asafoetida for relieving the air passages, in pill form it is very good, in some forms of hysteria, and used externally as a plaster for inflammatory swellings.

The effects of galbanum are similar to those of asafoetida and ammoniac, being weaker than the former, but stronger than the latter. Upon the unbroken skin it makes papules, while it causes ulceration if the skin be broken. It controls excessive catarrhal discharges, and causes some arterial tension and cerebral fullness. It has been used in hysteria, chronic rheumatism, suppressed menstruation, leucorrhoea and chronic mucous affections of the air passages. Externally, a plaster is sometimes employed, as a mild stimulant and resolvent to indolent tumors; and the tincture has been efficient in scrofulous ophthalmia, or irritability.