Henna (Lawsonia inermis, also known as hina, the henna tree, the mignonette tree, and the Egyptian privet) is a flowering plant and the sole species of the Lawsonia genus. The English name “henna” comes from the Arabic حِنَّاء‎.
The name henna also refers to the dye prepared from the plant and the art of temporary tattooing based on those dyes (see also mehndi). Henna has been used since antiquity to dye skin, hair and fingernails, as well as fabrics including silk, wool and leather. The name is used in other skin and hair dyes, such as black henna and neutral henna, neither of which is derived from the henna plant.
Historically, henna was used for cosmetic purposes in Ancient Egypt or Carthage, as well as other parts of North Africa, the Horn of Africa, the Arabian Peninsula, and South Asia. Bridal henna nights remain an important custom in many of these areas, particularly among traditional families. 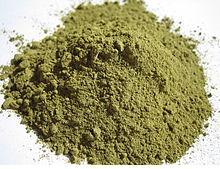 The name henna also refers to the dye prepared from the henna plant and the art of temporary tattooing based on those dyes. Henna has been used for centuries to dye skin, hair, and fingernails, as well as fabrics including silk, wool, and leather.
Henna henna was used for cosmetic purposes in the Roman Empire, Convivencia-period Iberia and Ancient Egypt, as well as other parts of North Africa, the Horn of Africa, the Arabian Peninsula, the Near East and South Asia.  It can be found in other hot climates like Pakistan, India and Australia.   The plant grows best in heat up to 120F degrees and contains more dye at these temperatures.  It wilts in temperatures below 50F degrees.   It also grows better in dry soil than damp soil.  The leaves are in opposite decussate pairs and vary in sizes from approximately 2-4 cm. long.  The flowers are fragrant, produced in conical panicles 1040 cm long, each flower 5 mm diameter. The fruit is a dry capsule 68 mm diameter, containing numerous 12.5 mm seeds.

Henna is used for many reasons including: self-expression; celebration of special occasions like weddings, holidays & birthdays; inspiration; reminders; beauty; cosmetic treatments; medicinal uses; blessings & well-being; to be part of an ancient tradition; and an alternative to a tattoo.

Henna is considered an herb, and has long been known to have healing qualities. It is used usually not ingested or inhaled.  In ancient times it has been applied to the skin surface for such ailments as headaches, stomach pains, burns (including sunburns), open wounds, as a fever reducer, athlete’s foot and even the prevention of hair loss.   It is also a sunblock and has been used on the noses of animals to prevent sunburn.  Another use of henna would be to apply it to goat skin bags, after they have been salt-cured.  It “insect-proofs” or “moth-proofs” the bags by making the skin poisoned or inedible.