Noghl (Iranian), or Nuql (Afghan), or sugar-coated almonds, is a traditional Iranian and Afghan confection. It is made by boiling sugar with water and rose water and then coating roasted almonds in the mixture. It can also be made with other nuts such as walnuts or other items. Noghl is often eaten along with tea.

Noghl is often included in Iranian and Afghan weddings, which are based on ancient Persian ceremonies. As part of the wedding celebration, an often lavish spread of food is prepared at the home of the bride. Included among the food is an assortment of pastries and sweets, including noghl, which is typically paid for by the groom. Among Afghans, nuql is showered on the bride and groom, much like confetti in Western countries would be. 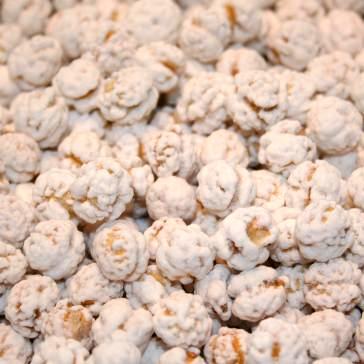